This week, among a string of gay bashing incidents in New York City, Mark Carson was shot in the face and murdered for no reason other than senseless and vile homophobia. Today the Boy Scouts of America ended their ban on admitting gay youth members but retained the banishment of gay leaders, and in social and online media, some gay people and gay groups are applauding this ruling as if its something to be celebrated. This kind of ruling is the very thing that makes it ok to hate gay adults. What are they saying, that it’s ok to be a gay kid but as soon as you’re a gay adult you’re immoral and unacceptable? It makes no logical sense.

The policy was originally written to exclude gay men from being leaders because they were thought to be pedophiles, and today the ruling continues to perpetuate that awful and despicable myth.  The continued exclusion of gay leaders is nothing but more institutionalized and disgusting homophobia, the very thing that leads to violence like we saw in New York this week. Meanwhile can we please take a second to remember that the Boy Scouts of America have been implicated in a DECADES LONG cover-up of sexual abuse of hundreds of children. Why are we not demanding accountability and explanations? Why are people still considering sending their kids to the Scouts?  I’m reposting my original post on the Scouts from back in October 2012. I don’t think much has changed. 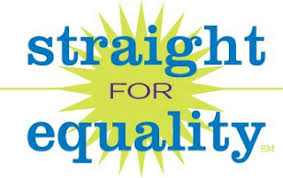